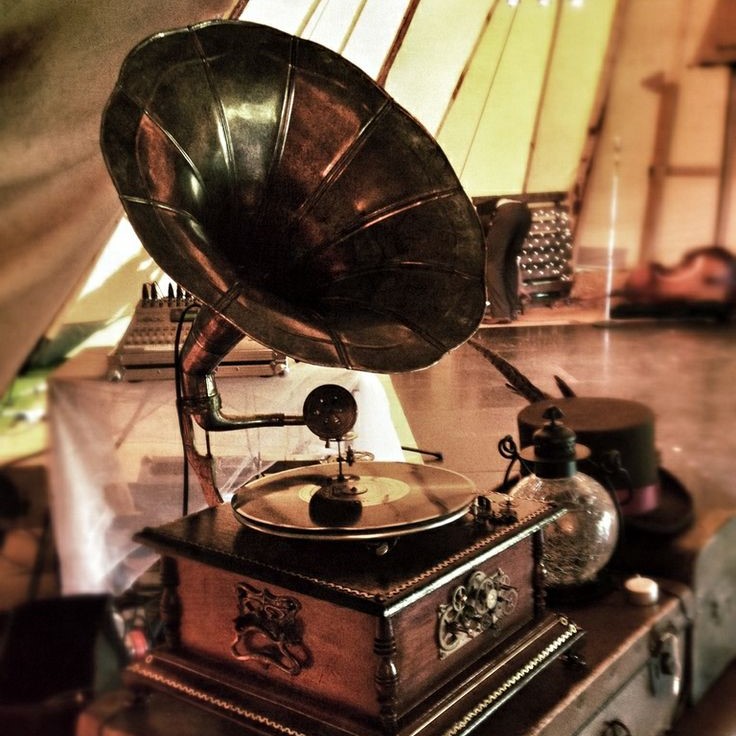 It was the first morning of a new era. The sun shone a shade brighter, it appeared so. A lungful of fresh air never tasted so sweetly before. Senses multiplied overnight as if by magic. Suddenly, people saw their world in an entirely different light. And they were right to do so, of course. There was an effervescence in the air, hope in people’s hearts, the notes of revolution still fresh on everyone’s lips. Yesterday evening, the world changed to the tune of thundering cannon-fire and sorcery. Today was a matinee deserving of new music.

Some good fellow shared the sentiment and thought bringing a phonograph out on the street. People flocked around it, oddly shy about doing anything else than stand around at first, until a young couple broke into a merry jig. Was all it took to get going, then. Others soon followed, the melody too contagious to resist. To taste it, the air was suffused with the kind of unlaced joy one can experience only once or twice in a lifetime, when witnessing something monumental. I had, not very long before in fact, holding my firstborn child in my arms. And again that day. Truly, I can’t recall ever seeing as many people out in the streets as on the morning when the news broke.

So many were celebrating. Laughing. Cheering. Drinking toasts to the good health of Minister Farrow, the instigator of the long-overdue change. And good riddance, dear old, whiskered Emperor. You had your good run, the people cried. It was their time, now. Our time. Certainly time for more music in life, as it were. There hadn’t been nearly enough laughter and merriment in it. The phonograph obliged, belting out the tune louder. Watching out the window as I was, I couldn’t resist its call any longer. I grabbed my wife, cradling our baby girl as she was, and spun them in dance too, in the middle of our salon. What a special moment, indeed. The kind which stays with you forever.

Short-lived too, however, cut short by a scream and the distinct clang of the phonograph being thrown to the ground. The music was over, replaced by shouting. I rushed back to the window, a chill running down my spine, fearing the worst yet knowing my fears were unimaginative, a far cry from whatever reality would be happening outside.

And so, I saw not the first stirrings of something new and better, but the all-too-familiar sight of smoke that drifts to the air after a pistol is shot. Wasn’t aimed at me or anyone, but I winced as if the shot drilled a hole straight through my heart. Dashing any hope which might have nested in there. My wife joined me at the window, our babe crying now, while we watched the music die below. People stood rooted to the spot, uncomprehending or unable to fully grasp what was happening. The levity of a few instants previous was replaced by a thick veil of silence.

An officer sliced through it with a drawn sabre, barking commands at a regiment of soldiers who filed in the square behind him. One black, polished boot on the broken phonograph, he lowered the pistol he was holding in his other hand. A golden mask hid his face, singling him out as one of the Minister’s men. There was a sinking sensation in my stomach, magnified by what I heard next.

“Fellow citizens,” the officer bellowed, his voice distorted by the mask he wore. Not that he sounded endearing even without it.

“By decree of the Lord Minister, any form of mass gathering in public is henceforth banned and punishable by law.”

The soldiers accompanying him were already busily going about applying this new law, dispersing the crowd. Not too gently, I noted. Not that anyone protested, though. These winds of change mercilessly blew away the energy permeating the air only a few minutes before. I couldn’t believe my own eyes. Only half-heard all the new laws and measures the officer was knocking out. We were back to square one, only worse. One stuck with me, however.

“Henceforth, music is banned, in all its forms,” I heard him shout above the commotion.