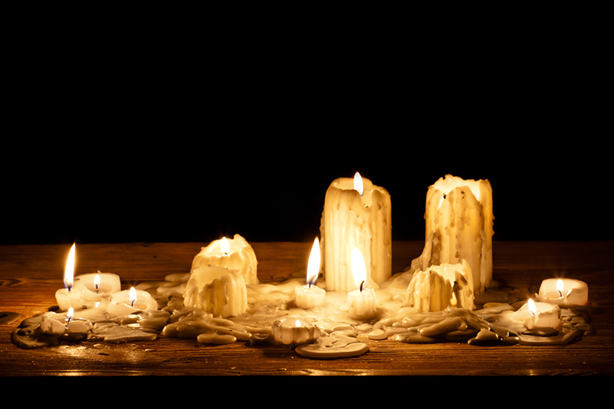 On a field of battle, it’s all in the details. There’s the details you see sharply and the ones can bring you a sharp end.

Now perhaps it’s ‘cause your blood’s pumping, from hewing men like firewood, but everything does appear sharper. The sun is a bastard, still, grilling your neck sixteen shades of salmon. Your arms hurl insults at you like they just wish to fall off and leave you there. You’ve added enough stinging cuts and bruises to the collection, you could keep a medic busy studying for a fortnight. Add the incessant screams of the dead and dying, the thousand and one smells of a battle…You feel lightheaded, if you pay too much attention. You shouldn’t be staring into the precipice just before you reach the summit, while climbing up a mountain, is all I’m saying. What you see below ain’t going to kill you. You might let go and that’s what does.

It pays off watching what’s around you, on a field of battle, mind you. You just have to distinguish what is merely a distraction and what will kill you, if you let it get too close.

Watching this fresh company come at us nice and orderly, you get the feeling they just might. Their gear is polished to a mirror sheen. So sharp it hurts to look at. They’ve better stock than we, whatever mercenary coin can buy us, but these ain’t your regular Inquisition troops either. They’re outfitted better than anyone else I’ve seen, on both sides. That’s not necessarily a good thing. For us, that is. In our line of work, good equipment means you get paid well. You get paid well means you’ve been at this a while and you’ve survived. Surviving means you’re good at what we do. Killing people for a living.

Soon we’re busy killing each other, fancy britches or not. It’s just that they’re a bit better at it than us, looks like.

Garlic’s count stops at thirty-four, if ever the number of kills you notch mattered. Doubtless drunk on his bloody exploits Garlic squares up against the enemy captain. The leader of the Black Ones is a head shorter, but he certainly don’t shy away from our mountain of a man. The way his feet are set, legs slightly bent and ready to spring forward, jump back or to the side, you know he’s good. He’s constantly moving, never resting at one place longer than a heartbeat. Keeps you guessing where he’ll be next. Reckon Garlic guessed wrong. Now even his hands ain’t big enough to stem the tide of blood spurting from his throat. There’s a woman her skin black as night shadowing the enemy captain. She steps in and finishes Garlic off with a clean swing of the sword to the neck.

The Black Ones not only have the superior gear, but the training too. These boys we’re up against, they sure know the value of teamwork. My company is just a bunch of solitary wolves who don’t know each other’s names and attack in ones and twos. The Black Ones take us on in squads of half a dozen each, in a tight circle and blades facing outward. Each squad has its own leader in the center, observing the melee and barking out orders while his men cut ours to pieces. The odds were solidly in our favor at the start, five-to-one, but our advantage is quickly nullified. Soon it becomes bloody clear we’re overmatched.

I’m hard-pressed saving my hide on a couple of occasions myself. Good thing I have my Gemma. It’s just the two of us, dancing together as a pair of old lovers. The rhythm is bloody fast, I’ll tell you, and the tune to which we dance signals a sharp end to whoever gets in our way. But there ain’t a better partner than Gemma for this sort of work. She can cleave through any armor, as the poor bastard whose breastplate just caved in will attest. No amount of shiny black steel helped him in the end.

Gemma knows where it hurts. As a proper partner, I but guide her steps. We soon carve us some breathing room and our boys seem to take heart from watching us. Those who remain standing, that is. Ain’t much of us left. Piss-boy’s there at my side too, I’m glad to say. Somehow the lad managed to survive until now. He looks a bit worse for the wear, but still. With a little luck, he might see the day out yet. Problem is, our little number has attracted the attention of the enemy captain and that black witch of his. She’s probably his second-in-command, the way she tails him.

There’s a lull in the tune suddenly, where both sides carefully observe each other. We’re holding back, not too keen to throw ourselves on their swords. It’s clear as day now who got paid more. I spare a glance over my shoulder at my employers. Sitting tight on the hilltop, they are. Getting a tan, most probably. Letting the mercenaries bleed out before sending the regulars in. Cost control. The way our world turns.

The black woman is itching to go get at us. She’s leering at me like I’m supposed to be scared. I just shrug and give Gemma a practice swing or two. The second swing gets stuck, somehow. I turn my head and see Piss-boy with Gemma’s spike sticking out of his throat. He has met his sharp end.

…and Sharp Ends is Part II of a fantasy mini-series. You can find Part I,  Sharp Details… here.