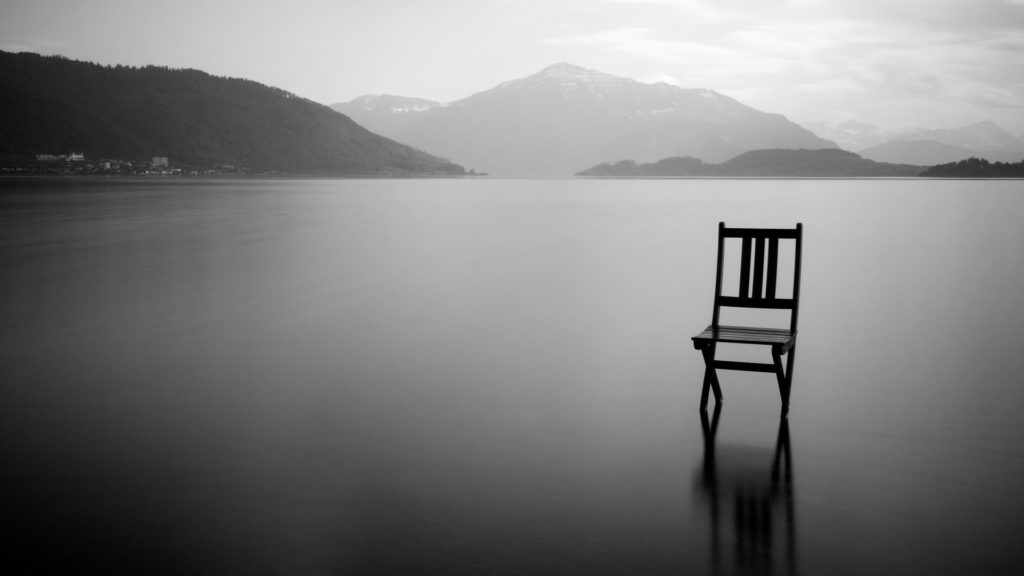 Man and woman sit on the opposite sides of the same table. Close, an outstretched arm’s distance away from caressing each other’s cheek. Yet the distance appears longer. They sit in silence. Unable to talk. Unwilling to take the first step. Unknowing, perhaps, how to bridge the absence of sound. Or have they exhausted all possibilities?

The doorbell rings, but they barely register. The man is gazing longingly out of the window, searching in vain for an answer in the sunset, his thoughts clouded. She is staring at him, arms crossed to punctuate the expectation curling the corner of her upper lip. Any thoughts tuned towards hope she might have harbored are waning in the passing light of day. There’s a knock on the door, more insistent, though still left unanswered.

Both have been pointedly ignoring the guest in their house.  Entered uninvited and now is nigh impossible to cast out. It squeezed in through the crack, silence, while the door was left ajar with the passing years. Sits at the table with them now, heavy in the air and thicker than the smoke from the burning cigarette forgotten in the ashtray.

He feels her eyes set on him and looks at her, finally picking up his courage to break the spell, but then she quickly looks elsewhere. For the umpteenth time, it feels like. Too weary of confrontation, his shoulders sag in an unspoken admission of “I cannot”. Because, what is the point?

She notices, of course, but takes her own turn gazing out the window. Wonders what was so damn interesting to look at in the first place. She imagines the life outside, the traffic in the street, the chatter of passersby below and is acutely aware how isolated inside is. Used to be a time music would fill out the empty pockets of space they lived in. Not any longer.

It is a different kind of silence. The kind which can only ever be put out of its misery by speaking out.

Or by his hand, reaching out to clasp hers. She responds, still, their fingers intertwining. So, they sit holding hands, watching the horizon swim in reds and oranges.