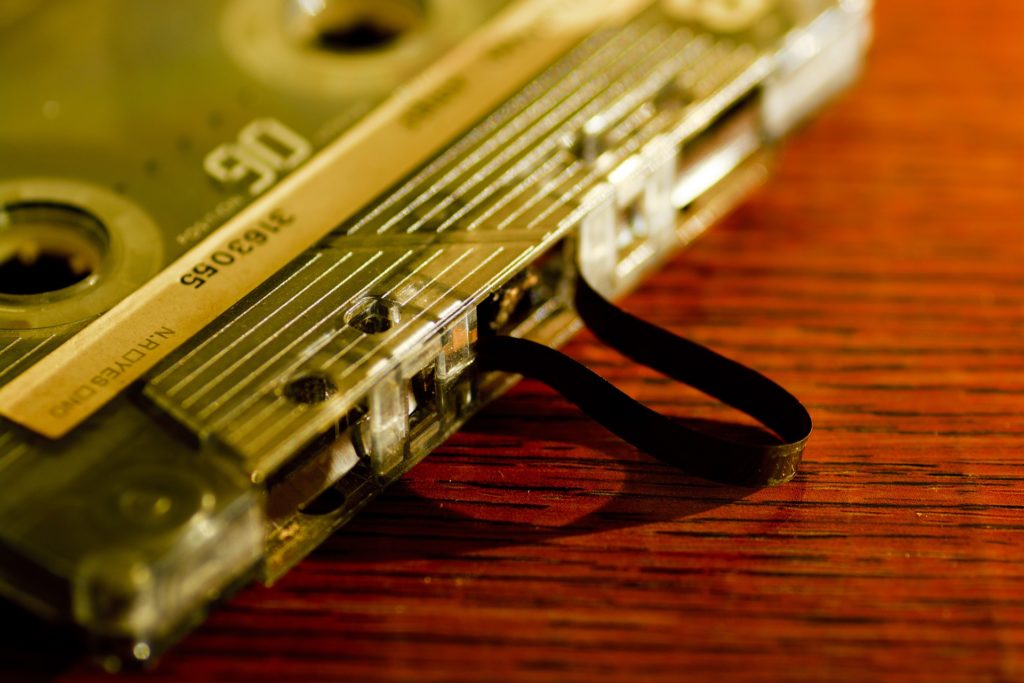 There’s something wrong with what I’m hearing, the same few syllables on repeat now, for the umpteenth time. Like listening to a broken record. Not sure whether the problem is the loudspeaker or if it’s you. Tell me something I haven’t heard before. No?

We abused the rewind button too much. Keen on reliving the early days. Stuck with hedonist memories caught on tape that is fading fast now. With nary a care in the world. We pushed the button too often, too eager to jump straight into the good stuff. They don’t make replacement parts for our cassette player anymore. Too vintage. These days it’s all digital. Music comes at us in a succession of 1s and 0s and most of our daily occupations as well. The age has moved on, mostly, except that we remained stuck in the past, right before we started making the wrong choices.

I wrap my arms around me in an empty hug, as I don’t know what to do or say in riposte to the same old. Never been much of a problem solver. Mostly just absorbed them, in silence. Yet now, the repetition swallows the silence whole and I’m unsure of how to break through.

If only you weren’t stuck on damn repeat, bloody cassette player. Repeating the same old refrain. Too familiar. Grating on the nerves. The three chords that earned the band a million, I memorized them by now. Too bad I haven’t come up with them before the band did. Life would have been quite different, today.