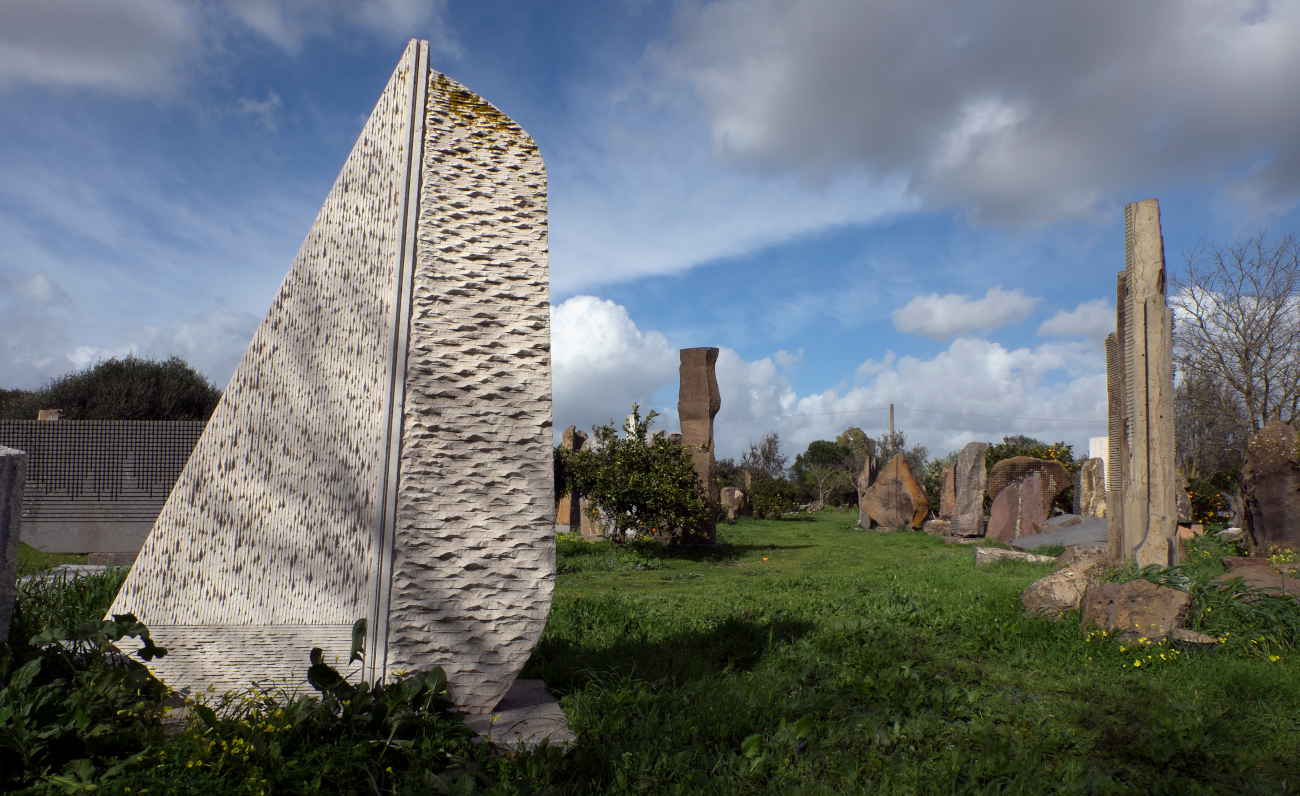 There exists a garden of stones that sing, on an island lapped by the sea. You wouldn’t know of it, until you find yourself seeking it out. Its existence feels a closely guarded secret, almost, shared by a small circle of initiates. You won’t hear the stones’ call, unless you stand next to them and brush your palm across their weathered, craggy faces. It’s a magical garden. A gateway to another time when the world was young. It may enchant you. You may find it a mere curiosity. You will remember it either way.

Under the blue expanse, locked in what used to be a lemon grove, the small crowd of monoliths now stands erect. Stoic. Inscrutable. Conspiring together with the sun to cast shape-shifting shadows. First shaped by the violent elements that birthed them eons ago, then molded by Man into instruments and, only recently, their musicality coming to light. There’s so much we don’t know about this earth. Yet it seems music has been here right from the start.

It’s difficult to comprehend, at first, to hear a stone sing. Naturally, you’re drawn to it, wanting to understand how something immovable can speak in such familiar tones. Then a mere touch awakens the melody fire, earthquake, and storm had imprinted on the rock. The notes sound familiar because they are the same you have heard a thousand times.

Not every stone sings in the same way, not unlike us, humans. We all have a different voice. Some of them indeed remain mute, leaving the talking to others. Some, you need to coax the song out of them. You need to learn how to talk to them. It is a good thing that we haven’t solved it all and that mysteries still remain in this world. Perhaps some mysteries are destined to remain just that and instead of seeking to understand, we just need to listen.

It all makes sense, somehow. Such a natural thing, of course, for stone to have a soul.

Rather than a story, I see this is a drawing with words. A sketch, if you will. A tribute to a place where I left a part of my soul behind.

We discovered it almost by accident, a recommendation by a fellow initiate. Thank you, Lenka!

If you wish to learn more, here is the official website of the Giardino Sonoro.