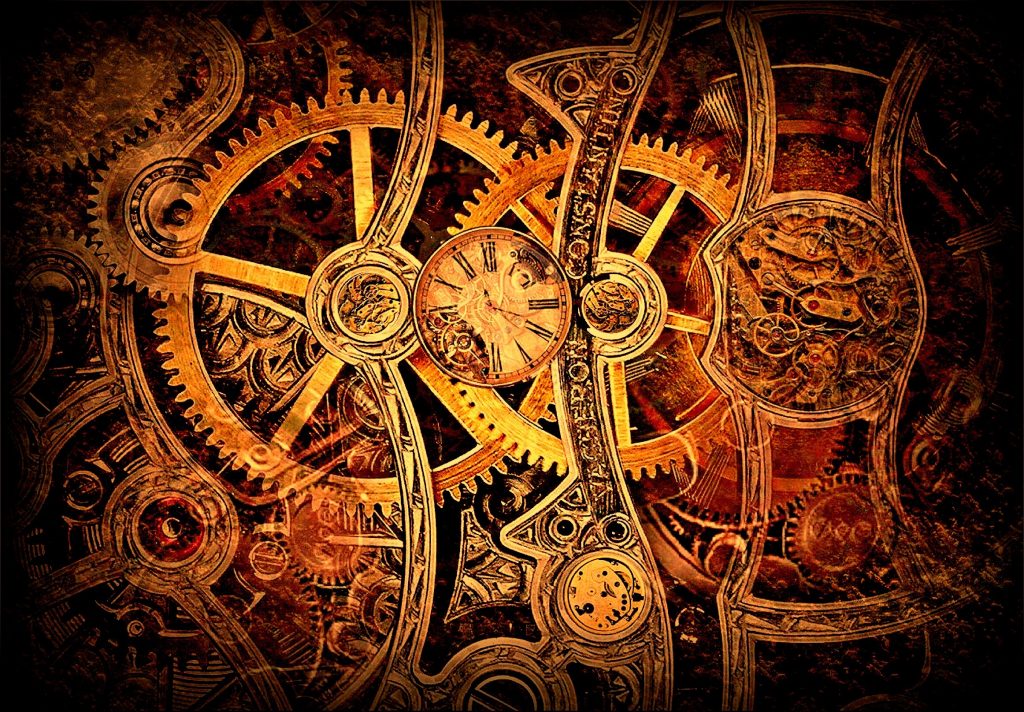 “That’ll do for one sitting, Bree,” Jaqo said. He reclined in the plush, high-backed armchair, then went about routinely cleaning his inkjector.

Breezelocks, or Bree, as her friends called her, skipped over to the mirror. One of the few vanity items she owned, it was a cracked and smudged thing. Mattered little to her now, of course. She twisted this way and that, brushing away her black, unruly dreads, to admire the latest bit of Jaqo’s precise needlework. Was excited about the addition to the collection.

It was over faster than she’d wish. She’d grown addicted to the ink. Thing was, she enjoyed seeing her own designs take form over hours and multiple sittings. Watching a meaningless line transform to fully functional patterns. Been a few years since her first inkjection. The taste of the needle never got old. The only real challenge was to keep her imagination in check. Naturally, there was only so much skin she could use up.

Not just any inkline, this, she thought.

Admiring Jaqo’s work, she felt like doing something crazy. Like turning on the phonograph, braving the Ministry’s interdiction. She could, if she wanted. Had one secretly tucked away and played it every now and then. Now that would be properly bonkers!

“Thank you, Jaqo!” she beamed at the black-skinned scripter.

Bree understood well hers had been a big ask. Then again, Jaqo had told her it was all good. He’d been doing under-the-counter scripting for years, she knew. Not that she had much choice, really. Never would have dredged up enough money to pay for a Ministry-certified scripter, with whatever modest returns her tinkerer shop provided. Very few people could.

Most importantly for her however, without the help of a scripter she’d remain a cogweaver only in her fantasies. Luckily, Jaqobin was a darn good one.

Jaqo grinned and helped himself to the glass of single malt she’d poured him. “You’re very welcome, Bree. Now, I hope your line works. Don’t recall having seen such a design before. Otherwise I just wasted a precious patch of your ivory skin, for not much at all.”

Bree scoffed at him, mostly for show. “Of course it will, silly.”

She wasn’t quite so sure, though. Was acutely aware of the stinging sensation under her left breast, where Jaqo scripted the line. She’d wanted to drown it amidst more innocuous designs. Somewhere no one would be looking. No cogweaver worth his salt would ever want his most precious inklines freely on display. The cogweavers not in service to the Ministry, at any rate.

Well then, no two ways about it.

She had a workbench in the apartment, like the one in her workshop. Sat behind it now and tore the rag from an unassuming object she’d been covering. Looked like a smooth metal ball to the naked eye, big enough to hold in two cupped hands. Jaqo sidled up behind her, his curiosity piqued.

And on cue the ball opened, as an orange with the upper half of its skin being peeled off would, to the tune of metal groaning and screeching. A central mechanical body rose, with two arms slowly unlimbering. A delicate metal face poked out at her.

“Very interesting indeed,” Jaqo observed. “Neat little automaton. What do you call it?”

Bree hunched her shoulders. “Dunno. A clanker? I guess…Couldn’t come up with anything more imaginative. I call him Jordi, though.”

Her small automaton perked up at the mention of his name, peering up at her. Waved with one thin metallic arm, then continued prancing around the workbench, merrily clanking and screeching.

“Not too shabby Bree,” Jaqo said. “Although I wouldn’t expect anything less than brilliance, coming from you.”

“I meant what I said. I just don’t get what the fuss is about. Ministry cogweavers power larger automatons. I mean, it’s been done before.”

Bree just tsked at him, impatiently waving him to silence. “Watch.”

“Jordi?!” she addressed her clanker. The small metal figure stopped rolling around and tilted its head at her. Bree rolled up her blouse, twisting sideways.

Her automaton recognized the spoken command and advanced to the edge of the table. Peered at Bree’s fresh inkline from up close. A click of sorts rang through it then, and Jordi’s metallic arms unwound with more grace and fluidity than seemingly possible for a clockwork mechanism. The clanker’s spine straightened, and it looked around as if watching the world through a new pair eyes. Jordi zeroed in on Jaqo, seemingly noticing him for the first time.

“Hello, friend,” a metallic voice escaped the clanker’s roughly shaped mouth. Jordi bowed at the hip. There was an absence of noise in his motions now. “I am Jordi, and it is my pleasure to meet you.”

“Animatron, I believe, is the Ministry’s appellation,” she finished the thought. A clockwork mechanism infused with an anima. No longer a machine. Something more, though she was not yet entirely sure what.

An inkline like no other at its origin, yes.