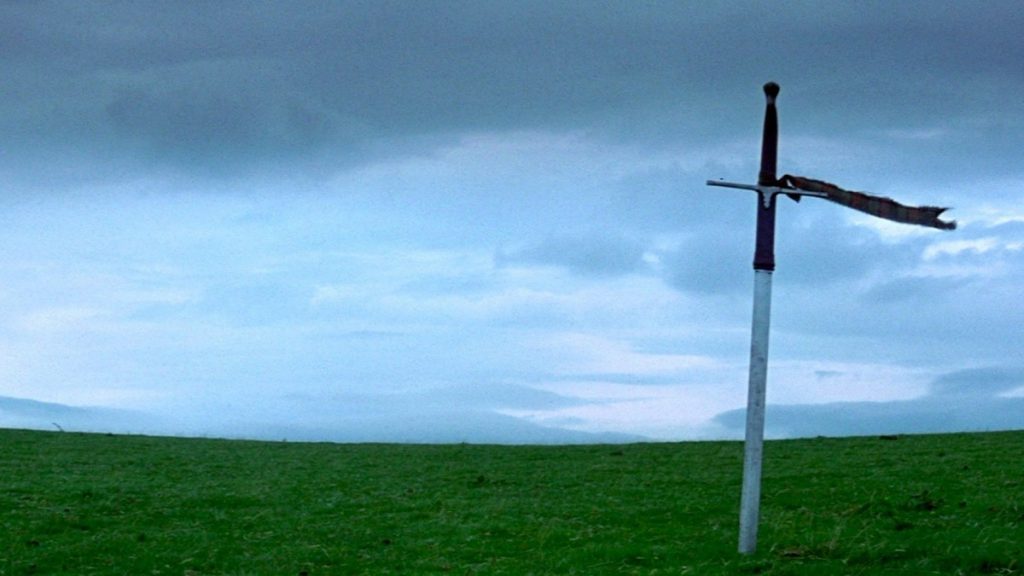 Standing in a battle line, crammed tight like salted cod in a barrel, you see your whole world through a new pair of eyes.

Y’know, the cloud of sweat hugging the man to your left becomes suddenly your own too. You wrinkle your nose at a familiar reek – that’s the piss running down the leg of the boy to your right. There’s a first time to every scuffle, we’ve all been there, but that certainly don’t make it any sweeter-smelling. The bloke with the thick beard behind me, he’s had too much garlic breaking his fast. Heck, even the sun is doing its best to bake the head in your helmet. You peer straight up at the prick and he’s all sunny and smiling like the slaughter about to come is none of his bloody business.

Now, there’s two sorts of details y’see – the sharp ones and those that’ll get you killed. You’ll learn to tell them apart soon enough.

So, with nothing better to do you enjoy the moment. Some of the lads stand on their toes ’cause they want to see the Legate. The Legate’s the chap in charge, riding up and down the column. Sitting astride his horse stiff like he has a broom shoved up his backside. He’s delivering his pre-battle speech and looking damn uncomfortable while he’s at it.

Addressing a couple of thousand men-at-arms in tight ranks about to bleed for you is no jaunt in the park. He’s got trouble making his voice heard. Them who know their business can pitch it, so it carries over the mass. But me and just about every man in a circle ten yards wide don’t hear shit of what he’s saying. That’s all right. The pep talk part loses some of its novelty after a dozen times or so anyway. Most of us are in it only for the coin, and whatever valuables we can pry off the cold dead fingers of the men we kill.

“Wha…wha’d he say?” That’s the boy who wet his britches asking. Barely keeping the shakes out of his voice.

“Says we outnumber ‘em two to one. Those are good odds, boy.” That’s the bloke behind me, spewing fire and garlic with every word comes out of him.

Then all of a sudden there’s a loud cheer that rips from everyone’s throats. End of the rallying cry, y’see.

“Bring ‘em on!” someone close by bellows.

There’s variations of the same cry all around, some more colorful than the rest, in half a dozen different Dominion accents. That’s being a mercenary for you. You barely speak the same tongue as the men who’ll soon be busy dying besides you.

“I wanna go to mum,” the lad whispers, incapable of joining the din and the ensuing rhythmic clash of weapon against shield. That’s a classic. I briefly wonder whether the boy’s bladder has got anything else to empty on us, before I catch an altogether different stench. Aye, there’s that too.

I save my breath and let others do the hollering. It ain’t like the enemy is gonna fall on their swords and spare us the work ‘cause we sing prettier. I use my whetstone to sharpen my axe instead. A thing of beauty it is, if there ever was a prize for the best-lookin’ weapon of mass murder. It’s got a spike on the other side too. For reverse swings, y’know. I call her Gemma.

And then someone else, “Shields!”

I’m used to the drill, ducking behind the wide wooden circle I lug around exactly for the purpose. Watching the faces of my mates waiting out the storm I spy the lad huddling under his shield. Hair the color of dirty straw plastered to his forehead, he’s so close we could whisper to each other. An arrow pierces the piece of wood I’m holding about an inch from my face. So sharp it glistens. I must be grinning like a madman ‘cause the boy blanches. Blood is all he’s got left to drain, looks like.

Now there’s a thing, being the first one up amid a field of shields dotting the view like mushrooms after a good downpour and watching the enemy hurtle towards you eager to go mushroom picking. You see their individual faces, almost. I’ll tell you, men can make all sorts of nasty faces when their blood is up. How any one of them wakes up in the morn and looks into the mirror with such mugs is beyond me. Reckon they don’t have mirrors wherever they came from.

These are sellswords too, regular infantry marches on well and ordained under sustained volleys of arrows from the back. These boys were paid by our enemy to rush at us. Or not paid nearly enough, that’s a possibility too. Trouble with mercenaries is, they never hold ranks. The last few screaming yards, my comrades break into a run too. Just when it seems the lad picks up his courage, I block him with my axe. There’s a day’s worth of red work ahead, why rush it?

And sure, they do. The attackers have the momentum and inevitably our line bends in, swallowing us. I jab my shield at a fellow’s throat and let it clatter on his body. My Gemma notches her first kill of the day with a downward swing that opens her man from collarbone to breast. Then it’s on for a game of musical chairs of sorts, with Gemma being the chair and everyone else avoiding her at all cost. Not many know to play this game. I’m good at it too, so it ain’t the fairest game. Soon I’m red from fingertips to elbow and everywhere else. Not far off Garlic is hacking our enemies apart, bellowing like a bull while at it.

Can’t say how long we’re at it, but I’m aching all over when a horn blares again. I pause, drinking in the details. We’ve routed the first wave, looks like, and a fresh regiment of the enemy’s about to march in. I spy a gold banner with a black dragon spewing black flames sewn on top. Black armor gleaming, spiky and all. Never seen this company before. Maybe two hundred of ‘em out there, to our bloodied thousand. Odds I can live with, aye.

Sharp Details… is Part I of a fantasy mini-series. You can find Part II titled …and Sharp Ends here.