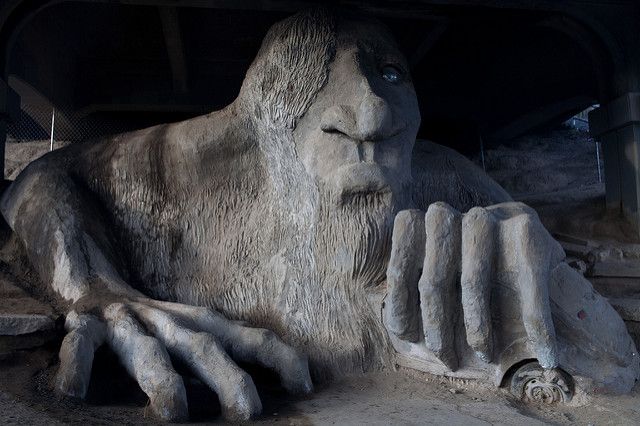 Tucked away amid snow-capped mountains a thousand thousand years old, hidden behind a wall of forest thick and impenetrable and green, there lay a lake, its waters crystal-clear. You could be standing on the tip of any of the seven and one towers rising to vertiginous heights above and you would still be able to see the mountain trout swimming at its bottom, so pristine it was. On starry nights, you’d need but gaze into the waters and the crown of heavens was right there, within reach. Indeed, you have never seen a lake like so, until you rested your gaze on it.

If the lake was the mirror then the towers, the seven and one beautiful towers, were the maid seducing traveler and creature of the forest alike. Seven rose in a circle around the one, standing tallest and proud in their midst. Seven they were, of unequal height, each tipped with a roof gleaming so bright it put to shame the shiniest jewels of the mountain. Ruby, emerald, sapphire, topaz, amethyst, citrine and diamond, their pointy tips dazzled with color vivid and more blinding than the sun’s harshest glare. Yet not one of them outshone the majesty of the one. Built of black, volcanic glass deeper than midnight, it dwarfed the seven. Ominous and elegant in one breath, it was the one tower to rule them all.

In this tower dwelt a golem. A creature fashioned out of rock, earth and magik, the golem served the Lady, the mistress of the lieu. The most delicate flower on our Earth she was, as her story goes. Her beauty surpassed reason, folk used to say. Skin snow white, some claimed, her hair rich and black and tumbling. Slender and fragile, like the glass cage she lived in, they sang. Proud and aloof, like her tower of blackness, others would whisper. She tortured men’s dreams, a few would add no doubt, in an attempt to tarnish her image. Men of all age and fortune the world over cast aside what they had regardless, to seek her out.

Now, there may have well been grains of truth disseminated in the countless tales and songs. Yet not a soul knew the fabled Lady of the Tower as well as her golem. None of her servants were as watchful, nor as steadfast. His loyalty went beyond doubt. He served without question. In silence, for his makers saw to it he had no tongue or mouth to give shape and form to his thoughts.

And no one knew he was, in truth, a sad golem.

The Lady was not the sole occupant of the towers, you see. Seven dwarves lived therein too. Seven sons of the mountain they were, old and wise. Their beards long and venerable, their coats decked with diamonds and gems mined deep. Balls and receptions they threw, each more majestic and exotic than the previous, all in attempt to secure the Lady’s favor. They rivaled in inventiveness, presenting her gifts the likes of which the world had never seen. Now understand, each dwarf was a master in his own tower, yet all of them paid tribute to the Lady. Perhaps unsurprisingly then, they coveted more, to a one.

The golem, the mute servant, he observed the seven dwarf masters with a keen eye.

On the outside, they were gallant and courteous, yet their hearts were black and foul. As good as rotten apples, really. The golem learned as much. He watched and listened, as he couldn’t do more. A prideful lot they were, quick to anger and slow to forget slight, whether it was justified or made up. Their appetite in all things was not one easily sated. Always craved more, they did. Dig deeper into the mountain. Fill more coffers. Build the taller tower. Guzzle more pints. Grow the bushier mustachio.

It must be said, the seven dwarves had very little time for one another. You couldn’t find a troupe bickering more or noisier. Still, more than the company of their brethren, they loathed to call the Lady “Mistress”. So, secretly they plotted and conspired. Didn’t miss a chance at making her life miserable at every turn. Chased away all the friends she ever had. Even the steady stream of well-wishers and suitors dried up, eventually, turned back by the seven little devils who all but locked the Lady away from the world. But on this one thing they agreed however – the golem was to be her only servant.

Thus it was the Lady spent most of her days locked in her tower, confined to the solitude of walls of cold, unyielding glass. She walked the corridors of her tower, pining for freedom, her pleas for help naught but a mute echo in the silence. She used to sit on the windows every now and then, one leg dangling out in empty space, lost in thought. The golem feared for her, then. Hoped she was but contemplating the scenery. Little good did it, he reckoned, to marvel at a tableau, when the paint was flaking and the canvas rotting away.

And the golem was sad. He wished to help, but was at a loss. A thousand thoughts crowded on the tip of his tongue, if only it wasn’t stone in his mouth. Songs, he could not sing. His hands were too unwieldy to play an instrument. He fetched her clothes, carried exquisite delicacies and fruit on trays of pure silver and gold. Played chess too, on occasion, until that one time he crushed a queen between thumb and forefinger, out of sheer clumsiness. The Lady declined his offers to play afterwards.

In truth, the golem loved his mistress too much. If he had a heart, it would swell and burst, no doubt, at her injustice.

A sad golem he was. Until the day a prince would come and undo her captivity. He quite looked forward to it, actually, seeing the seven dwarves all shaved and stripped of their artifices. But that wouldn’t be his story to tell.

No, he was the sad golem.